Very proud of the latest cohort of Data Science thesis interns at Randstad Groep Nederland. In absence of a “real” defense at the University of Amsterdam, we organized our own afternoon packed with defenses (and subsequent drinks) in our Randstad HQ in Diemen. At the end of the afternoon we were able to congratulate Roan, Anna, and Adam on a job (almost) well done!

Roan Schellingerhout presented his work on “Explainable career Path Predictions.” Roan implemented explainable deep neural nets for predicting and explaining a job seekers’ next opportunity, given their previous. He evaluated the models intrinsically, in addition to testing them (+ their explanations) with actual recruiters, and found both that models are accurate and recruiters like and understand them.

Anna Lőrincz worked on data-to-text generation, and fine-tuned a multilingual transformer model for generating benefits (salary, contract, working hours, locations) in job descriptions in both Dutch and English, given structured information (numeric, categorical, and binary variables). She found that transformers can successfully generate fluent and correct text given structured inputs, confirmed that inputs or prompts have a high impact on performance, and found that her approach beats template-based methods in textual diversity. She also found a few very funny hallucinated work locations (“pal achter centraal station in Zwaaijdijk”, was one of our favorites), and found that transformer models tend to sometimes correct output (adjusting a 3k/hour salary into a 3k monthly salary).

Finally, Adam Mehdi Arafan presented his “Double Fair-Gated Bias Mitigation Pipeline” for our Talent Recommender system, where he studied bias in multiple parts of our recsys pipeline, from re-balancing training data (to simulate both balaned and highly imbalanced scenarios), to generating additional balanced synthetic data, and re-ranking outputs. Turns out applying synthetic data does not only help in creating more fair rankers, but can also have benefits in terms of model accuracy!

All three students did great jobs, stay tuned for their thesises (and, who knows, publications? 😏)

I summarized my takeaways on LinkedIn, which I share below (in Dutch)

Fantastic news! We’ve received word the 2nd edition of our “Recommender Systems for Human Resources” (RecSys in HR) Workshop has been accepted to be included in the ACM RecSys 2022 program, to be held in Seattle!

Last year’s (first) edition of our workshop was co-located with ACM RecSys 2021 in Amsterdam, and featured two keynotes, a panel, breakout sessions and 8 paper presentations. The recording, workshop proceedings, and a workshop report are available through our workshop’s website at: https://recsyshr2021.aau.dk/

I’m giving a talk at the KINTalks series, organized by the KIN Center for Digital Innovation on March 25. It’s going to be a hybrid event, so happy to meet you at the VU Amsterdam, and if not, see you online! RSVP here on EventBrite.

KINTalks is a hybrid event where practitioners are invited to talk about their work experience regarding innovation and digital technology.

At Randstad, the global leader in the HR services industry, searching and matching is at the heart of what we do. Being founded in 1960, We know from our heritage that real connections are not made from data and algorithms alone – they require human involvement. Last year, we helped more than two million job seekers find a meaningful job by combining industry-scale recommender and search systems with our distinct human touch. While many opportunities exist, employing AI in recruitment and HR is considered high-risk by the European Commission’s proposed regulatory framework on AI, which will bring additional requirements, obligations, and constraints.

In this hybrid talk, I will explain some of the characteristics of, challenges, and opportunities in the HR domain from an AI perspective. I will share some of our own work in recommendations, algorithmic matching, algorithmic bias and knowledge graphs, and highlight some of the ongoing research in this domain.

We have two papers accepted at “The First International Workshop on Computational Jobs Marketplace“, co-located with WSDM 2022. Both papers are based on work done by two of our former thesis interns at Randstad Groep Nederland!

☝️ Ninande Vermeer worked under supervision of Sepideh Mesbah and Vera Provatorova (UvA) on: “Using RobBERT and eXtreme Multi-Label Classification to Extract Implicit and Explicit Skills From Dutch Job Descriptions” in which we study to what extent a RobBERT-XMLC model can be used to extract explicit and implicit skills from Dutch job descriptions.

✌️ Sarah-Jane van Els worked under supervision of myself and Emma Beauxis-Aussalet (Civic AI Lab) on “Improving Fairness Assessments with Synthetic Data: a Practical Use Case with a Recommender System for Human Resources” in which we explore approaches and methods for assessing algorithmic bias by using synthetic data to improve the size and representativity of a test set used for training candidate recommender systems.

👏 Proud of our former interns for having published their work! And happy with the collaborations we have had with our co-authors 😁.

I was interviewed for the ABU‘s quarterly magazine Reflex, alongside Jarno Duursma, to respond to the statement: “AI is unbiased and leads to more inclusive labor market” (spoiler: I partly agree). 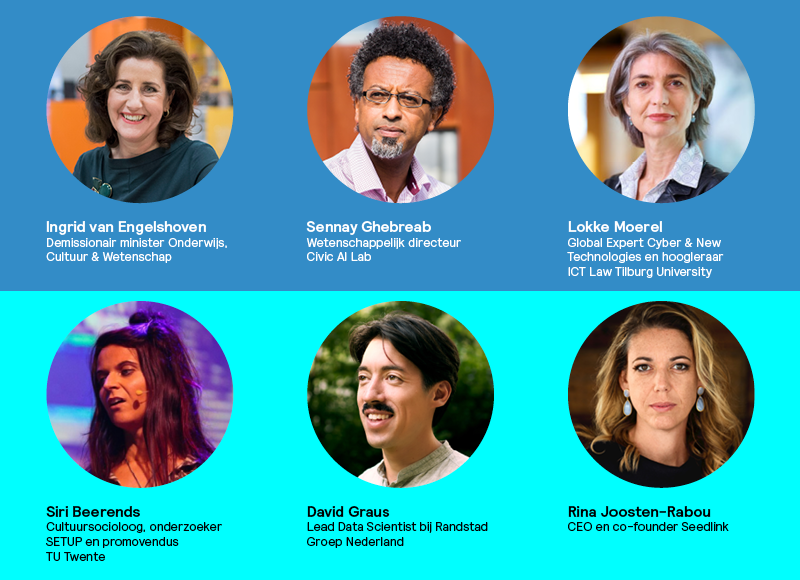 Update: unfortunately but understandably (in light of the pandemic), this conference has been post-poned until further notice.

December 9th I will join a panel discussion on AI and equal opportunities in the labor market (together with Siri Beerends & Rina Joosten-Rabou), at a conference organized by WOMEN INC. An offline event in Utrecht (Corona volente)!

For those who missed it — like myself 😏 — we have now published the full recording of our Recommender Systems in Human Resources (RecSys in HR) Workshop, which was held on October 1st, in conjunction with the ACM RecSys Conference in Amsterdam.

So, if you have 4h33m to spare, see the full recording below!

(or use the convenient YouTube chapter to jump through the program 😅)

Many thanks to all co-organizers, contributors, paper authors, and participants, both virtual and in-person! And hopefully we’ll see each other at the second edition ✌️.

Another academic year, another (short)list of potential projects. Are you a final-year AI or data science student, interested in doing an internship with us? Reach out! First, read below why you would want to join us, and scroll further down for the following project descriptions:

Happy to have learned we have two papers accepted at the first Recommender Systems in Human Resources Workshop, co-located with ACM RecSys 2021! These papers are the first academic publications of the Data Science Chapter at Randstad Groep Nederland!

Curious to know what they’re about? I tweet better than I blog 👇

Stay tuned for pre-prints! See the other accepted papers here.

Disclaimer: yes, I co-organize the workshop, but I was not involved with reviewing/decisions, we have a great (and independent) Program Committee for that!